Voodoo the royal python is a beautiful specimen of the species.  He is considered to have a ‘banana pied’  morph; and if you’re unfamiliar with morphs, this term is simply used to describe the pattern and colour on reptiles and snakes to help identify them.  The ‘banana’ in the name refers to the yellow colouring and the ‘pied’ (or piebald) means compiled of different parts, so in a snake’s case, this refers to black and white blotches in the colouration.

Being a designer morph means that Voodoo has highly sought after colouration and has a unique, specialist appearance. This colouring certainly has the cute appeal that accompanies Voodoo’s beautiful nature.

Royal pythons are also sometimes named “ball pythons” due to how these snakes react when threatened. Rather than slithering away or striking out, they curl themselves into a tight ball to appear as small as possible, this is probably due to the fact that they are relatively slow, moving at only 1mph!

Interestingly, they have been household pets for centuries.  In fact, most sources claim that live royal pythons were worn by rulers of Egypt as jewellery.  One pharaoh is frequently cited; Queen Cleopatra VII of the Ptolemaic dynasty.  They were, and still are, one of the preferred pet snakes due to their docile nature and apparent love of human company.  Voodoo is no exception.

They embrace the role of a pet and are among the friendliest of snakes. Royal pythons tolerate handling well and enjoy being held or even draping across their owner’s neck. You too can have your own living snake jewellery, just like Cleopatra!

From Kaa in the Jungle Book to Nagini in the Harry Potter series, snakes have been featuring in popular culture for a long time.  There are also many lovely, caring and funny snakes in film and literature including Master Viper in Kung fu Panda and Sandy the Snake in Sesame Street.

Voodoo was captive bred in the UK and has a fine ancestry.  This has helped to confirm his fantastic good looks as well as a calm and placid behaviour.

Voodoo has stunning markings that are portrayed well in film and motion.  Due to his brighter colours, Voodoo is not only striking but he can also be easier to capture on camera than some of the natural morphs that are better camouflaged.

Voodoo has a wonderful temperament; he’s completely mellow and loves being handled.  He seems to have an affinity with children, and actors and actresses of all ages will be able to work alongside him.  He can be handled by strangers with no issue.  He and his experienced handler are easy to work with in a filming environment.

True to his species, Voodoo is a wonderfully tame royal python and has the amiable disposition that the species is known for.  He is a truly friendly snake.

Enjoying attention, Voodoo can happily stay out of his vivarium for several hours and providing the correct breaks and heating time is provided, he is able to work for a few hours on set.  Voodoo is also comfortable working outside providing correct precautions are being taken and temperatures are correct.

Like all snakes, he is fascinating to capture on film.  Voodoo moves gracefully and he will also climb, supporting himself on objects as required.

Voodoo’s face is full of character and we love to see him happy, roaming about outside of his vivarium. He has funny facial expressions and he definitely has cute appeal.   He will suit a variety of filming themes from comedy, to cute and friendly, as well as dramatic and more sinister filming opportunities.

Voodoo is a lean royal python in the prime of condition.  This healthy snake has agile movement but will happily stay in position as required.  With his unique banana pied markings, Voodoo has an impressive appearance.  His markings can work well alongside any colour palette, yet we think he looks particularly striking against a black background.

Voodoo is a fabulous snake model because he is wonderfully tame and is easy to work with and his beautiful patterning makes a wonderful photography subject.  If you’re searching for that friendly look from a snake, Voodoo is your man.  He has the cute factor!

Snakes, pythons in particular, have been associated with some of the oldest rituals known to man and represent dual expressions of good and evil.  Ever since Eve’s transgression in the Garden of Eden, snakes in Christianity have been associated with lies, evil and temptation.  In other cultures, as far-flung as ancient Greece and Egypt and North America, snakes symbolise fertility, rebirth, renewal and even immortality.  In many religions across Africa, pythons represent something sacred and revered.

Voodoo is suitable for working in photography studios as well as outdoors and on location.  He is also a good snake choice if required to work with models (particularly with humans that may be a bit nervous of snakes).

He can also work alongside props so if you’re working on a commercial shoot, Voodoo will happily pose alongside or on a product.

Voodoo is truly a one of a kind snake that will make a fantastic addition to your photoshoot.

Voodoo is yet to have professional studio or film experience.  However, he is a wonderful snake that is easy to handle and loves the presence of humans.  For these reasons, we are sure that you will be pleased with him in a filming or photography environment.  Voodoo is a good looking snake with a mellow temperament and he will be a fine addition to your next media project. 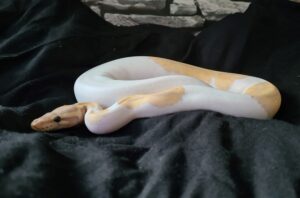 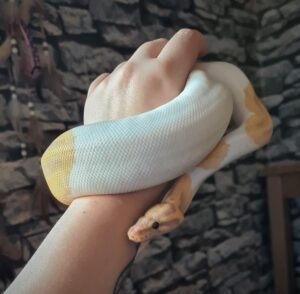 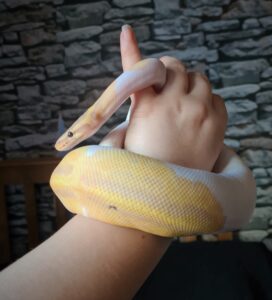 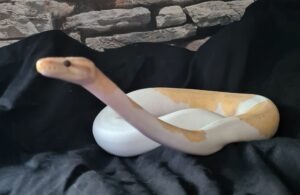 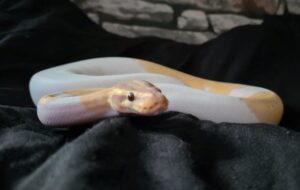 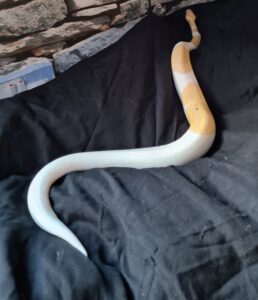 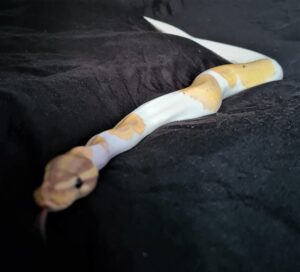 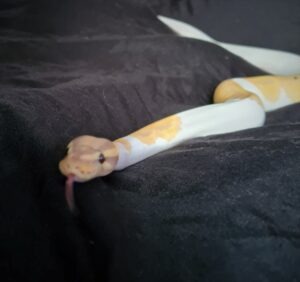 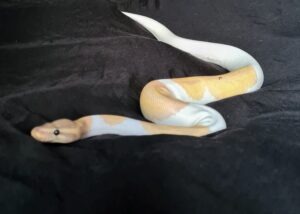 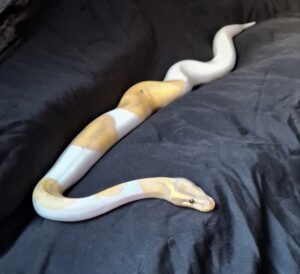