Base of neck to base of tail: 4cm

Mugwort, an adorable leopard gecko is an experienced reptile model.  He is a Tremper albino morph and exhibits a predominantly yellow base colour along his body with brown dotting on his head and tail.

Unlike other species of gecko, the leopard gecko is a ground-dwelling lizard (where other species are arboreal).  This gecko is native to the rocky dry grassland and desert regions of Afghanistan, Iran, Pakistan, India, and Nepal.

As Mugwort displays his colours true to the Tremper albino morpho, he has that traditional look of the albino leopard gecko which appeals to so many people.

The Tremper albino morph was the first albino morph discovered and named after the breeder, Ron Tremper, who discovered them in 1996.  Since Tremper Albinos were the first strain of Leopard Gecko Albinos to be discovered, they are very common and usually the first strain to be worked with when crossing into other morphs.  He has the characteristic brown spots upon the yellow and white skin and his eyes are a silver colour with red veins.

A flowering plant in the daisy family, “Mugwort” is a common name for several species of aromatic plants in the genus Artemisia.  It’s a name that particularly suits this little gecko who really is pretty as a flower.

Leopard gecko, Mugwort, is happy to be handled and pet by actors, even by children, under supervision.  He has experience working on location and has worked among large production crews.

Mugwort travels well and is exceptionally well socialised.  Because of this, he is not nervous in new surroundings.  He is the perfect leopard gecko in terms of visual and practical appeal.

The leopard gecko has become a very popular pet, and due to extensive captive breeding it is sometimes referred to as the first domesticated species of lizard.  It is also one of the more popular species in the reptile community making Mugwort a good representative of popular reptile species in the UK.

Although leopard geckos are typically nocturnal, they are often seen in nature in the dusk and dawn hours when temperatures are most suitable for them, however, Mugwort is happy to work during the day and can work for up to five hours providing he has correct heating and lighting behind the scenes.

Mugwort’s attributes ensure that he is an excellent representative for the filming of UK reptile pets.

Mugwort’s beautiful appearance makes him a good candidate for reptile modelling.  Being experienced in the studio, Mugwort is confident under bright lights and in front of a camera.

His gorgeous albino markings (that present as the colour yellow as with many reptile species) mean that his photographs are bright, colourful and interesting.

Mugwort’s Tremper albino morph is almost textbook; therefore, he has the perfect markings for use in educational material, species specific products (such as gifts, calendars, books and more).

Having that cute gecko smile, Mugwort displays a real character in his face.  With his large mouth, he always looks to be smiling and he truly has the perfect leopard gecko eyes that appear kind and friendly.  Because of this, we feel that Mugwort will particularly suit photography themes that are cute and friendly, drawing empath from the audience and viewers.

Mugwort is an experienced leopard gecko model and has worked out on location as well as in the studio.  He has filmed for a TV commercial accompanied by stills photography as well as having undertaken pet photo shoots.  He has a calm yet confident nature that works well in any studio setting.

Handleable by people of all ages

Will work in daylight 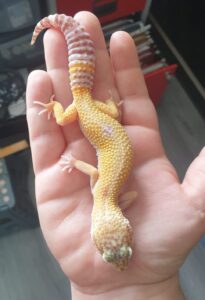 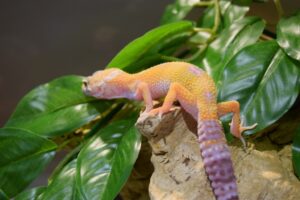 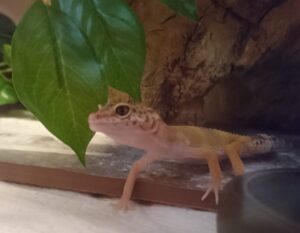 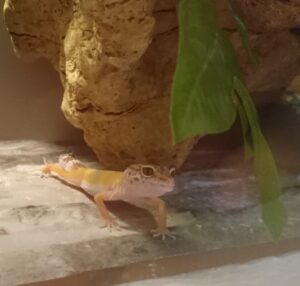 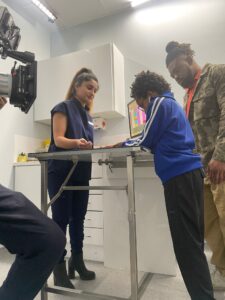 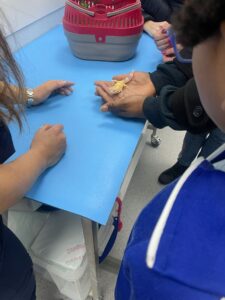 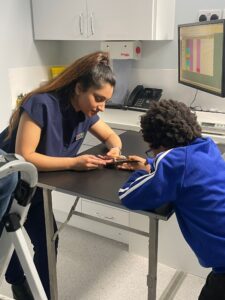 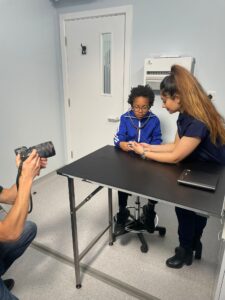 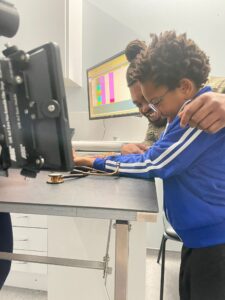