Rebel is a little dog with a huge skills list!  The ultimate Jack Russell Terrier, Rebel is hugely intelligent, handsome and has bags of character.  A much loved dog in his household, he shares his home with another dog (a Border Collie named Bea) and loves to meet and greet people of all ages.

Food and toy motivated, Rebel absolutely loves to learn and exercise his brain as much as his body.  Rebel is a highly active dog and is Dog Parkour Champion as well as a Champion Trick Dog (with Do More With Your Dog and Fun Trick Dog Training) and has been awarded the Kennel Club Good Citizen Gold Award.  In short, Rebel is one incredible dog!

Rebel is a super talented, super intelligent Jack Russell that has an unrivalled list of accomplishments.  This highly experienced trick dog is capable of working to silent, visual cues, which is perfect for working in a film studio or during live filming.  This is a handy ability to have for theatre and stage work, particularly as Rebel is capable at working from a distance.  He can also perform a variety of chained behaviours, which means he is capable of working to script.

Rebel has a fabulous black, tan and white coat that is synonymous with the Jack Russell breed.  They’re known to be adventurous, tenacious, loyal family dogs, so Rebel has the character and appearance that is perfect for themes around family, home, rural landscapes and period dramas.  With his infectious character, Rebel can easily take on a cheeky role in a comedy.  Let’s face it, this versatile doggy is up for the challenge of anything thrown his way!

Rebel is a very good looking JRT with the fabulous physique of a fit dog.  He displays the widely known standard colours of the breed and has the perfect body shape; this makes Rebel a good representative for small dogs if used in vet marketing, pet food product packaging and a lot more.

This strong, healthy dog is athletic, yet has a gentle face that is automatically appealing and definitely has the cute factor.

Rebel is a tricolour (black, tan and white) so his colours really pop in photography.  Add to this his ability to pose in any position you ask of him, Rebel is easy to work with in the studio and you’ll find it super easy to get the desired shots.

Rebel can pose with props, hold products, display ‘expressions’ via his different body positions and his athleticism can be turned on if you require an action shot.  Rebel does not disappoint!

Rebel is highly experienced in the dog modelling world and has an impressive list of credits having worked with some huge household names.  He has worked in a variety of studio settings and on location for both stills and film.  Rebel can achieve anything he puts his mind to.

Petface – Ambassador and face of the brand 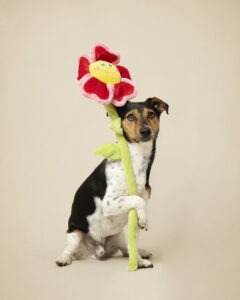 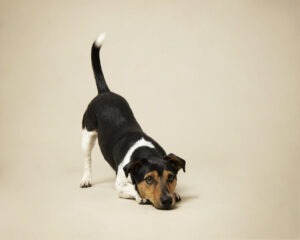 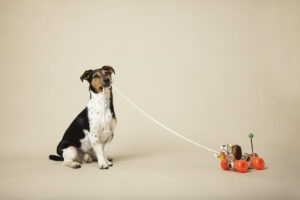