Nico the Japanese Spitz is a highly awarded show champion and is a dog that is in impeccable condition and can be considered the highest of breed standards.

Living in a busy household with six other dogs, Nico is one of three generations in the home.  He’s a well loved member of the family and is sometimes nicknamed “ Naughty Nico” by his humans as a bit of a joke as he does like to let everyone know that he’s arrived.  However, he’s genuinely a lovely, calm dog and a real sweetheart once he gets to know the room and the people in it.

Proving a real super star in the show ring, Nico has also had obedience training and has been awarded the Bronze Kennel Club Good Citizen Award.

Nico is a highly decorated show dog with an impressive history.  He is a fine example of his Japanese Spitz breeding and his certification proves this.

Due to his ring craft training and championship show career, Nico has limited trick training. However, the skills he possesses are ingrained and he never skips a beat.  His show career has meant that he is a very well-travelled dog and his ring craft is excellent.

This event experience proves that he is capable of stellar performances in front of large crowds in noisy environments with other dogs.  He is therefore bombproof on a film set and will not be dazzled by the lights, large crew and the variety of unfamiliar noises.

Nico can be around other dogs but would prefer to work with members of his own household, which he shares with six other dogs and a hedgehog!  Nico is best suited to working with people; actors and actresses of all ages will find this dog an utter joy.  He simply loves every human he meets; sometimes getting a bit too friendly with men!  Nico is a vocal dog, true to breed standards, so he can bark with excitement, but settles quickly once he has met everyone.  He just likes to get noticed since he’s used to being the star of the show.

Naughty but nice, Nico, is a bit of a show off; he adores attention and loves cuddles and kisses.  Scenes where he may be required to be held are his utter dream.  This is a dog that doesn’t mind being handled.

With his perfectly groomed snow white coat, Nico has an incredible appearance.  He’s adorable in every way.  Nico is a dog that will happily gaze into your eyes all day long; his beautiful almond shaped eyes are a window to the soul.  They are longing and loving and really capture emotion.

Nico is well suited to stills photography work as he has a perfect stance (as frequently exhibited in the show ring) and also a perfect sit and stay.  These attributes lend themselves well to photoshoots where he may be required to pose alongside products, for example.

Because of his adorable appearance it’s easy to imagine Nico in seasonally themed photoshoots, particularly Christmas and Valentine’s Day themes; his huge, fluffy white coat will look adorable.  His appearance exudes elegance, so haute couture or jewellery shoots will also be a good fit.

Nico will happily work alongside human models of all ages.  He has the classic teddy bear appearance that works so well with child models and allows for cute family themed photography.

Since he has the perfect body form, he is an excellent breed representation and can therefore be used in breed merchandise such as calendars and also stock photography.

Nico has extensive events experience and is a seasoned champion in the show ring.  On top of this, he has also featured in a national newspaper editorial.  He’s an exceptionally well behaved and good looking dog in the prime of his modelling career.

Can be handled / held
Down
Paw
Ringcraft
Sit
Spin
Stand 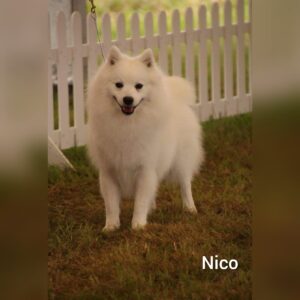 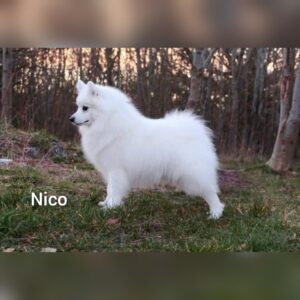 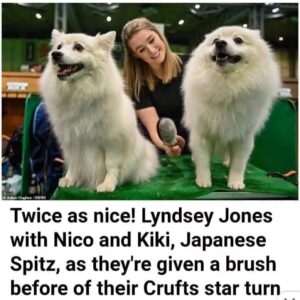