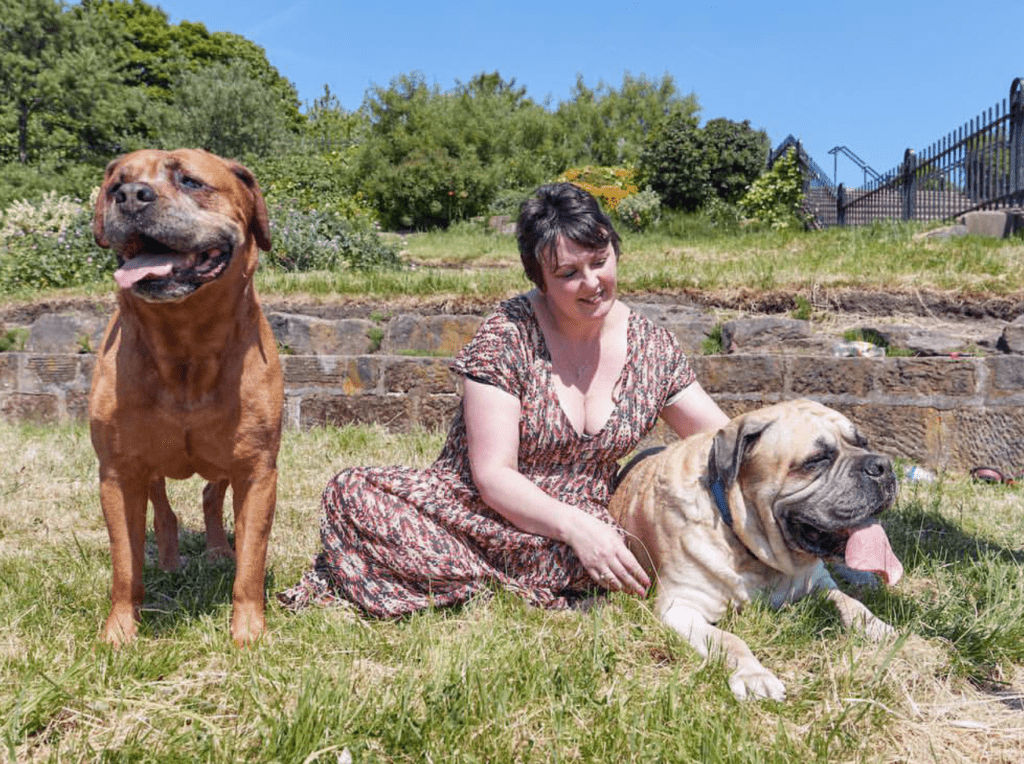 To gain an insight into The Animal Talent as a business, it might be helpful to learn more about our director, Paula Stewart, who founded the company. Here’s her story, in her own words, so you can see how we came into the world of animals and the media.

One of the questions I get asked the most is, ‘How did you get into this line of work?’

As the director of The Animal Talent, I wanted to let you know about how I got in to this job role and what led me to this position.

I’ve always worked in the entertainment industry since leaving education.  It was a dream for me to work in a creative field and I was able to use the business acumen I’d developed in my university years throughout my career that spanned the music and television industries.  I’d become an accomplished manager and agent after over a decade in this field and I definitely was looking to explore further career challenges that aligned more with my personal life and pastimes after I accomplished what I wanted to achieve in that phase of my life.

I’d grown up in a close-knit family in the countryside and we all absolutely loved animals; there were no shortage of pets in my childhood.  It helped that my dad (Paul Stewart, pictured here) had a great job as a Conservation Officer in the countryside department of his local council.

He managed the area’s conservation needs, was a respected lichenologist and completed comprehensive studies of amphibians in his region.  He’d also worked in a natural history museum where he cared for many of the living exhibits and he truly understood the natural world.  One of his many great achievements was the establishment of a nature reserve in his council area.

Our family always holidayed in areas of natural beauty in the British Isles and the landscape was inspiring to us all.  My father was the person who inspired me the most in this regard and he taught me to love and respect all animals.

When he passed away, I felt a loss so huge in many parts of my life.  He was my best friend and it would be hard to come across another… And that’s when I found Mitzi.

I needed ‘a being’ to help me combat grief and so I started the search for a dog.  Not just any dog would do; it had to be a rescue dog – an animal that needed me as much as I needed them.  It wasn’t long before I found the girl of my dreams, my little girl, my Mitzi.

It’s fair to say that my whole life changed the day I adopted Mitzi from the rescue shelter.  She taught me so much about life; about overcoming adversity and about getting to know myself and becoming comfortable in my own skin.

She came at the right time for me; a time I was grieving and in need in my personal life.  And in my professional life, it was time for me to make a change as well.  It wasn’t long after this that I was offered the opportunity to work with a friend in her animal casting agency as an animal manager.  I worked at that company for a few years as a freelancer working primarily with cats, domestic animals and pet influencers.  I was able to use my experience in the entertainment industry as an agent and align that with my love of all animals.  I had a good knowledge of felines and other animals, having lived with cats and small furries for 20 years.

I really felt that I wanted to dedicate my life to animals in a way that paid homage to Mitzi and all that she gave me.  I volunteered in my spare time for animal search and rescue organisations, at dog shelters working directly with the animals, and also in fundraising for animal led charities.  I went on to adopt another dog, Riley, who was an older dog who I came across in the dog shelter I volunteered with.

Riley was around 8 years old and had severe health problems including a non-cancerous brain tumour that affected his vision and caused him siezures.  I wanted to give him his own sofa to spend his last couple of months on; somewhere he would be safe and comfortable.  But as always, dogs teach us so much.  I was told when I adopted Riley that I would maybe get a few months with him before he went to sleep forever;  but he proved us all wrong!  Riley taught me an awful lot about resilience!

During this time, with all the research I was doing and the more experience and time I spent with other species for work, I gained a love and interest for reptiles.  In the ensuing years, I flung myself into the world of herpetology.

As often happens in rescue, once you take one animal, people start contacting you to help more.  Before I knew it, I’d adopted a tortoise and had a baptism of fire in learning about cold blooded species, foraging for food and much, much more.

Pretty soon, I’d adopted a royal python, a crested gecko and a uromastyx as well.  I soon realised I had a a real interest in reptiles and was fascinated by their care and behaviour.  I was able to further my knowledge for my new found pets as well as the business I was working in.

As my skills increased, I was able to better train my animals and this gave them enrichment, confidence and happiness.  It also gave them opportunities in the animal modelling world.  Mitzi went on to work in a short film, a couple of professional photoshoots for advertisements and a social media video campaign for a Premiere League football club.  Jeff, the tortoise, has also worked in front of the TV cameras.  They were both real rags to riches stories.

Going my own way

By 2020, it was time for me to start my own personal journey of further education around animal behaviour. I wanted to use this opportunity of growth to start my own animal talent agency and instil more of my ethical values into the business.  And so, I began work on setting up The Animal Talent.

I was compelled to work more with rescue animals and learn even more about animal handling, animal behaviour and positive training.  If I were to work with animals, I wanted it to be in a way that was fun for the animal and increased the bond with their human companion.  This was also imperative in the professional environment if production crews wanted to get the best out of working with an animal on the day.  A happy animal helps everyone!

I’d gained a real thirst for trying to view the world through an animal’s eyes.  As my life was at this massive juncture, the Coronavirus pandamic hit and the world was turning upsode down a bit!  Suddenly I was allowed to spend a lot more time with my pets and I used this time to further my learning.

It was as if my dogs knew that changes were afoot.  Riley sadly passed away in 2020 after four wonderful years in my life (even though we were advised he’d only manage to survive a couple of months after adoption).  He’d shown endurance and resiliance beyond compare and was loyal, loving and devoted until his last breath.

I used this opportunity to provide a home to another dog who was truly in need.  A badly injured dog with severe behavioural issues needed help and I knew that due to his size and needs, there wouldn’t be many people out there who could help.  So along came Timmy.

Within mere months of Riley going and Timmy coming, Mitzi, my soul dog, my little girl, my one and only, got really sick.  After a month’s grueling battle with cancer, she passed away at the young age of eight in January 2021.  My entire world had been rocked but I still had a reason to get up in the morning: my other animal companions who continued to teach me so much.

I have gone on to adopt further animals, including my rescue kitty, Cheetah, whose owner had sadly passed away, and an abandoned puppy, Betty, who may be the most loving, excitable Staffie x Collie you have ever come across.

I continue to foster and adopt lizards and snakes when a home is needed.  It’s my way of ‘giving back’ to animals since I am lucky enough to work with them for my nine to five.

It’s all about the animals!

Not all of my pets model or work in professional studios; only the ones that are happy doing so.  And this is something that I’m keen to impress on people who are interested in getting in this line of work; never force an animal to do something they don’t want to do.

From each animal I’ve adopted, I’ve learned so much and continue learning to this day.  I’m delighted that I get to use this in my professional life and get to inspire people to do better with and for our animal companions who give we humans so much.